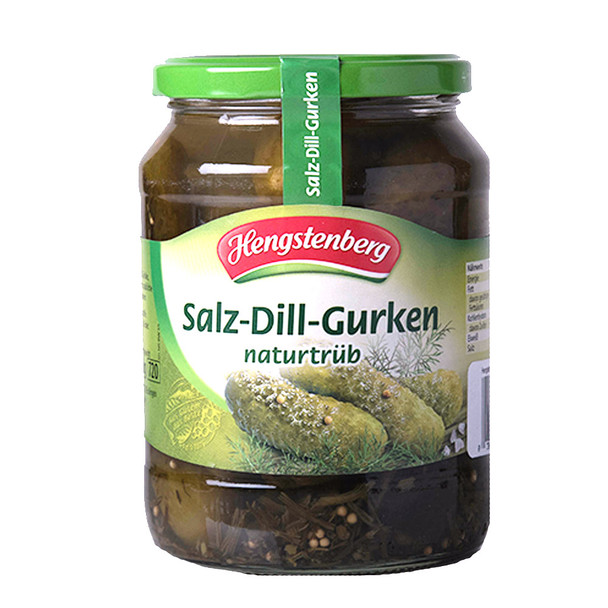 Gherkins in a savory infusion with the harmonious tart-sour and slightly salty flavor of the famous original “sour pickles” . Salt -dill pickles obtain their flavor quite different from other cucumbers, not by a vinegar infusion, but by natural fermentation of lactic acid. First, the cucumbers are placed in barrels of salt water, herbs and spices . The fructose contained in the cucumber is transformed by the action of lactic acid bacteria in lactic acid, similar to sauerkraut. Then the cucumbers are filled with the original Lake in glasses.

Haribo Salz Brezeln 200g   This candied liquorice delicacy is a unique taste experience for all friends of spicy sweets, because only the soft pretzels combine salty and...

Hengstenberg Crunchy Gherkins Hot & Spicy 24.3 fl (720ml) For everyone who likes it hotter The hot and spicy KNAX pickled cucumbers are placed in an infusion with chili. That...