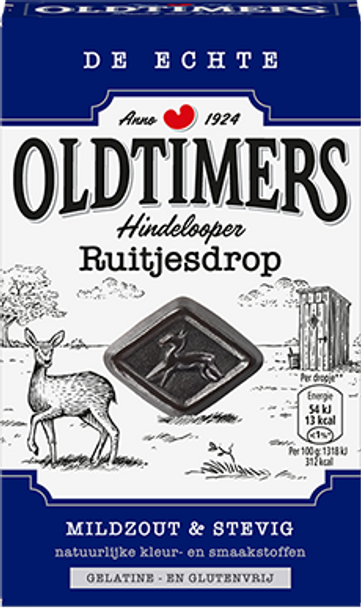 In 1924 my father, Douwe Douwenga, visited the Hindelooper fair with three friends. After a few jugs of beer, a jolly mood ensued and those friends locked up my father in one of those old wooden loo houses. My father spent four hours in the toilet, but he used that time to good effect.

His only contact with the outside world was the small diamond-shaped opening in the door. Right through it he could see the Hindeloopen coat of arms on the town hall. A golden, galloping doe in a green pasture. Then he was out. Not from the toilet, but from the idea for a new liquorice. Firm, mildly salty, diamond-shaped, with a doe. The Hindelooper Diamond Licorice was quickly a resounding success.